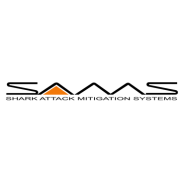 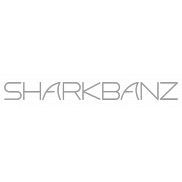 South Africa with its pristine coastline, sandy beaches and incredible waves, offers some of the best surfing in the world, but like the Ozzies over on the other side of the Pacific, we too have a large shark population that we share our coastal waters with. While relatively infrequent, shark attacks are a reality of surfing life in South Africa. As featured on National Geographic's DSTV show "Australia's Deadliest: Shark Coast", SAMS (Shark Attack Mitigation Systems) shark deterrent technology from Australia gives you that little bit of extra piece of mind to do what you love best – surf.

HOW IT WORKS
Sharks use all of their many senses to find prey, but once they have found it, they rely on their eyesight to determine whether to attack it as a confirmed prey item, have an investigative bite or simply leave it alone.

The patented, complex SAMS pattern, developed by Professor Nathan Hart and Professor Shaun Colin, of the Oceans Institute at the University of Western Australia, gives water users the best chance of being left alone by a shark should it locate you in the water.

TESTING SUCCESS
Initial independent testing of the design materials was conducted in 2013 in a live ocean environment by the University of Western Australia’s Oceans Institute off the coast of Western Australia.  This involved filming the behavior of sharks attracted to a baited 'control' (essentially a drum of chum) covered in ordinary wetsuit material, alongside a similarly baited test wetsuit incorporating SAMS Technology. This field testing programme was followed by National Geographic and a documentary was recorded with some spectacular footage. Go to www.sharkmitigation.com for more information. While the sharks hit the black control chum drum again and again, the chummed SAMS wetsuit drum was left alone.

NOTE: At a glance the designs may appear relatively simple to the human eye, however the SAMS patterns apply detailed scientific data and combine a number of variables including colour, contrast, shape and size to achieve maximum deterrent effect. Upon closer observation, you'll notice intricate detailing. This product is the genuine article, produced in SA under licence to SAMS Australia. BEWARE OF IMITATIONS THAT DO NOT USE SAMS VERIFIED PATTERNS!

THE BOTTOM LINE
Unlike shark nets, the shark-friendly tech incorporated into the SAMS surfboard and body board stickers and wetsuits offers ocean-loving surfers an environmentally friendly way to enjoy the ocean with sharks, while equipping yourself with the best chance of being left alone by them. Surf MORE, Stress LESS.

WATERCO AGENCIES (Pty) Ltd is a Manufacturer / Importer / Exporter of awesome sporting and lifestyle products and is the exclusive licensee of SAMS Shark Deterrent Technology. For all enquiries regarding SAMS Technology currently available in South Africa please contact Giles Pohl: info@waterco.co.za or +27 83 6753801